Steve Klein has been playing, performing, and teaching guitar for over 30 years. He is not only a guitarist, but also a composer/arranger, recording engineer, and background vocalist. Taught under the direction of Joseph Lilore, John Carridi, Mike Kuscak, Joe Owens, and Andrew Lucibello, Steve has performed, composed, and recorded with various artists such as The Rascals, Steve Cohn, S.O.D., M.O.D., The Duprees, and The Temptations. His original bands Jealousy, Breath of Life, and The Blackouts have opened for Mötley Crüe, Winger, Zebra, Mountain, and Southside Johnny & The Asbury Jukes. Steve has performed at venues including Club Med in France and Italy, as well as Giants Stadium, Riverfront Stadium, The Stone Pony, The Starland Ballroom, and at The Sands Hotel & Casino in Atlantic City with Joe Piscopo. He's done live on-air radio performances on NJ 101.5FM.

Steve is experienced in teaching a variety of popular styles, including blues, rock, funk, classical, jazz, and gospel. He works closely with each student to assure there is a solid understanding of their lesson content and to help them meet their individual goals. Steve also teaches various tunings and slide techniques, and he has extensive experience with both private and classroom instruction. 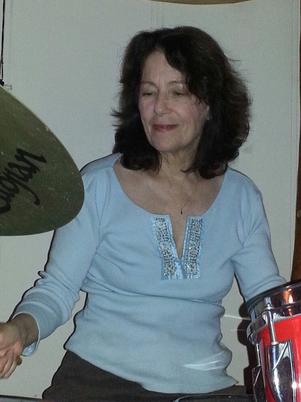 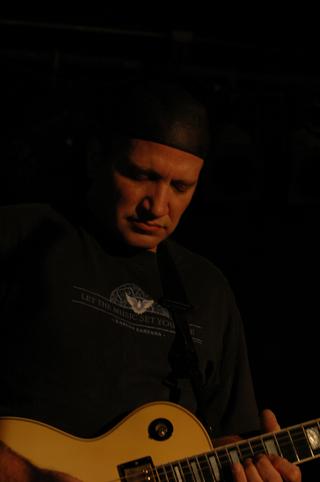 Bonnie Johnson has appeared on television and radio and has toured Europe and the U.S. extensively. Her playing can be heard on 16 albums and for the past 12 years, and her reputation as an instructor – private as well as in a classroom situation – is well established. After 15 years as a successful freelance musician in the Bay Area coupled with an intense desire to be immersed in the jazz idiom, Bonnie moved to the east coast. At this time she matriculated in Jazz Studies at the University of Hartford symphony, Alexander Lepak. Moving to NY, she then went on to receive her M.A. in Jazz Performance at Queens College.

In her 6 years on the east coast, she has performed at the Blue Note and played weekly gigs in the village clubs. She was the drummer in Mr. Heath’s Big Band for two years, and has recently recorded with Chip Jackson (bassist for Elvin Jones) and Pat Metheny alumnus Danny Gottlieb.

In the 70s, Bonnie co-founded the funk group SWEET CHARIOT with singer Sharon Russell, and the group appeared in concert halls with the likes of the Quincy Jones Orchestra and Marvin Gaye. She also toured extensively with singer Linda Tillery, who is currently a member of Bobby McFerrin’s VOICESTRA, and worked with Vicki Randle of Branford Marsalis’ Tonight Show Band. Her theatre experience includes shows with the Tony Award winning San Francisco Mime Troupe, Sam Shephard’s Pecos Bill and the American Music Theatre Group.

Bonnie is a founding member of the Latin Jazz sextet CHEVERE, who have toured the U.S. and had a stint gigging at San Francisco’s premier jazz club, the Keystone Korner.